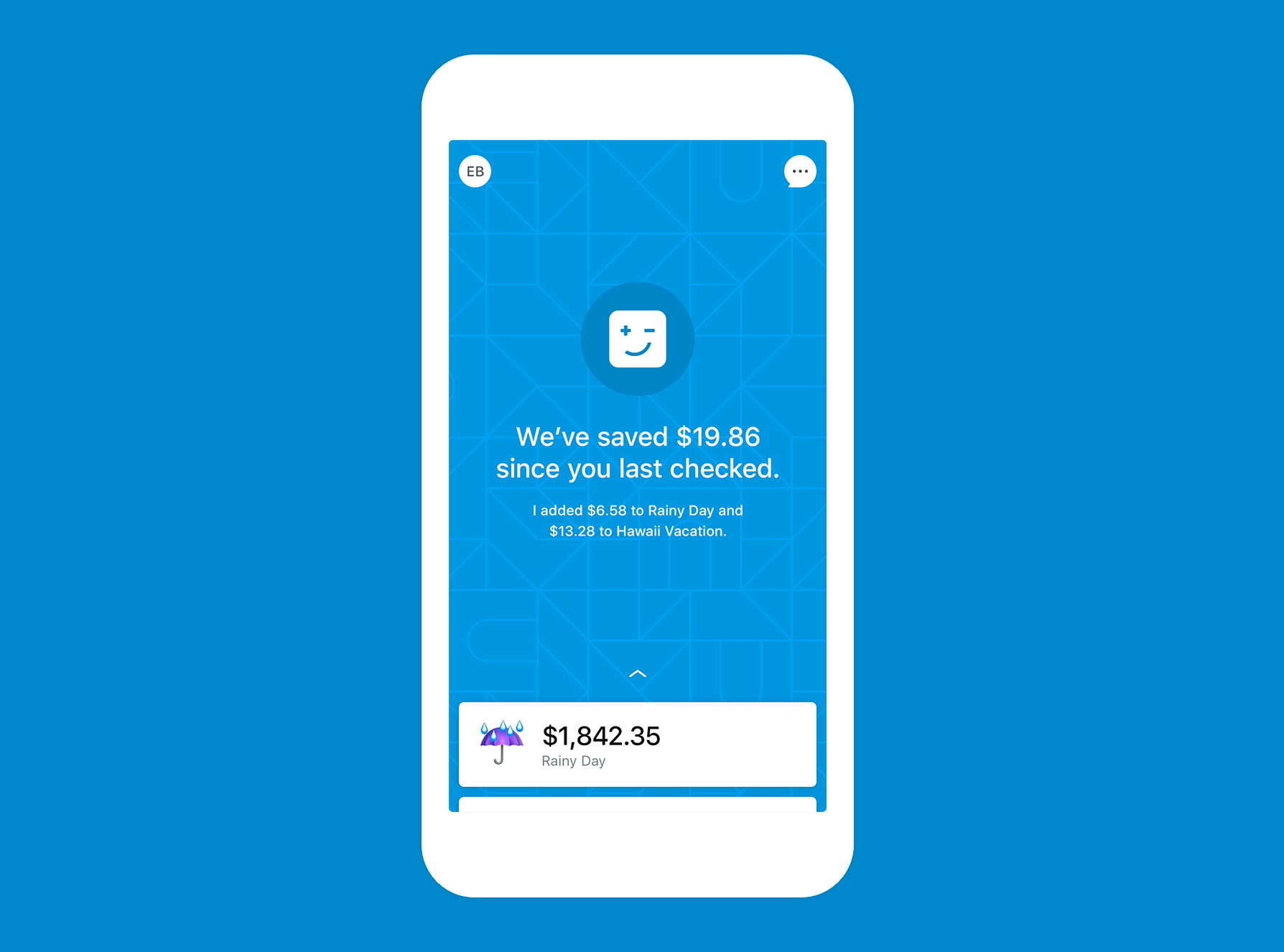 Digit has reached some big milestones in a pretty short time, yet we've already outgrown some things we thought would be with us forever. There's that old filing cabinet we held onto way too long, dragging it from one office to another as we grew, even though there were never any files in it. The original office itself (yikes). And our ritual of playing Saboteur at lunch, which we finally had to admit wasn't a great idea anymore because it often resulted in things getting too competitive.

But now we're really changing things up, killing off what was once our sacred cow — a Digit experience built on messaging. We've redesigned our app with a graphical UI to make everything clearer and more intuitive. The old conversational UI is still there, in the background. But all the functions you want are now on tap, not commands to type. And we're happy to admit openly what we've long considered quietly — chatbots aren't the answer for keeping an eye on your money.

In fact, we'll go so far as to say the promise of chatbots is dead. That is, if the potential we envisioned for them was ever truly alive. The technology to make AI-powered assistants truly useful is still far out of reach, and people shouldn't have to close that gap by adapting their behavior. Which is why, after years of being told chatbots are the future, there's still no killer app to prove it. Others seem to agree.

The end of Facebook's M would seem to signal that this path has hit a dead end, at least for consumers. More broadly, there's been traction with B2B chatbots. But unless we count real, live conversations with voice assistants, like Echo and Google Home, conversational UI has proven limiting for consumer product interactions time and again. And even those interfaces are, for now, too rudimentary for most people to use them comfortably for money matters.

Still, there was good reason to believe in it when we started. We were creating a personal sidekick that made saving so easy you'd never have to think about it — why not make it work like a real-life assistant? While that helped people get used to a robot handling their money, “not thinking about it” took on a different meaning as Digit evolved. People began to expect Digit would understand a lot more direction than it was equipped for. The better we got at helping people with finances, the harder it was for our chatbot to keep up. And we've always been about rejecting conventional wisdom, even if it's our own.

If we're being generous with ourselves, embracing this shift puts us in pretty good company. Beloved consumer products like Venmo and Twitter were originally available only via SMS, then adapted to more conventional interfaces as the needs of their users outpaced their purposeful simplicity. The lesson, of course, is that if you're trying to make people's lives better you can't put style ahead of substance. You've got to be in love with the problem, and not a certain solution.

We see our job as helping people get the most out of their money with the least amount of effort — not advancing new paradigms. Moving to a graphical UI sets us up to focus our resources on the outcomes customers want, rather than reinventing the interactions that get them there. We'll continue to let them teach us how best to deliver on our promise to them — because we're not afraid to change our minds again if it's the right thing to do.